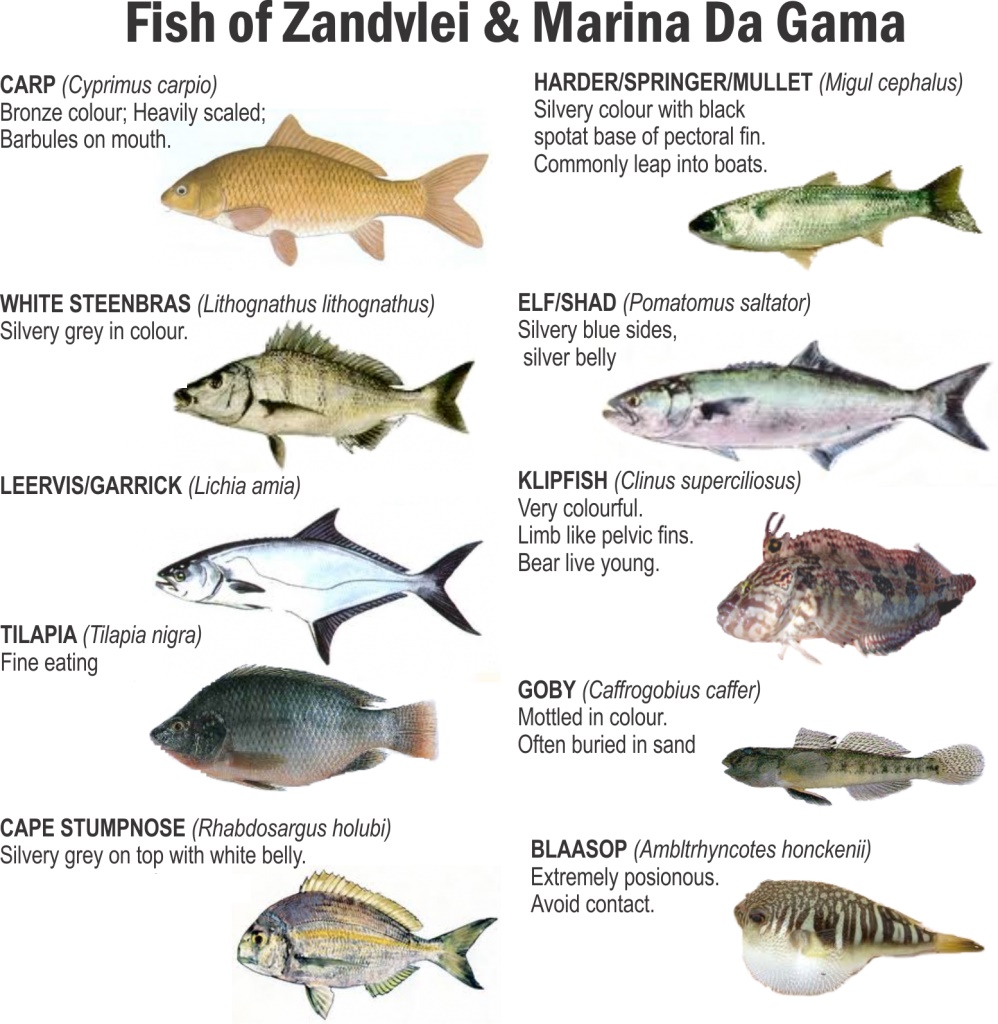 Marina Da Gama and Zandvlei is the only functioning estuary on the False Bay coast, and supports a variety of indigenous fish. Juvenile marine fish use the estuary as a nursery where they can grow in safety. It is important that the estuary mouth is open for at least part of the year, to enable young fish to enter and older fish to return to the ocean. It is opened artificially by the Catchment Management Department when a high spring tide is expected. Southern Mullet, Leervis, the critically endangered White Steenbras, White Stumpnose and Elf are among the 25 types of fish found in the estuary. Strict recreational fishing regulations apply, including minimum size catch and bag limits, to protect young fish so that they can have a chance to breed. Many sport anglers now prefer to ‘catch, tag and release’ fish so that they can enjoy fishing without threatening fish populations. Local anglers are encouraged to remove alien invasive fish species such as Carp and Barbel. ~ Article from: Zandvlei Estuary Nature Reserve