Amid the tumultuous environment of the property market over the last several years in South Africa, Cape Town has not only remained stable in house price inflation but shown significant growth thanks to foreign investors and migration from other provinces.

Data a research group, Lightstone, recently analysed data of several million properties in the Western Cape and pinned the annual inflation rate at just under 4.0%, with a monthly rate of 0.27%.

One of the most interesting findings, the group said, is how the value and volume of properties compares between Cape Town and Johannesburg.

During 2008 the rand experienced its most dismal period to date performing exceptionally low against its global counterparts and the property market experienced negative growth on a national scale.

“Annual property inflation experienced similar growth nationally over the next four years. After 2012 however, the Western Cape and the City of Cape Town became increasingly more attractive to potential buyers,” Lightstone said. 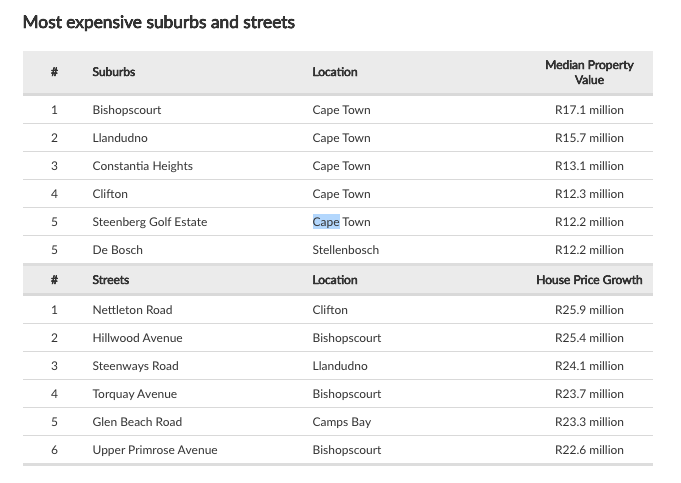 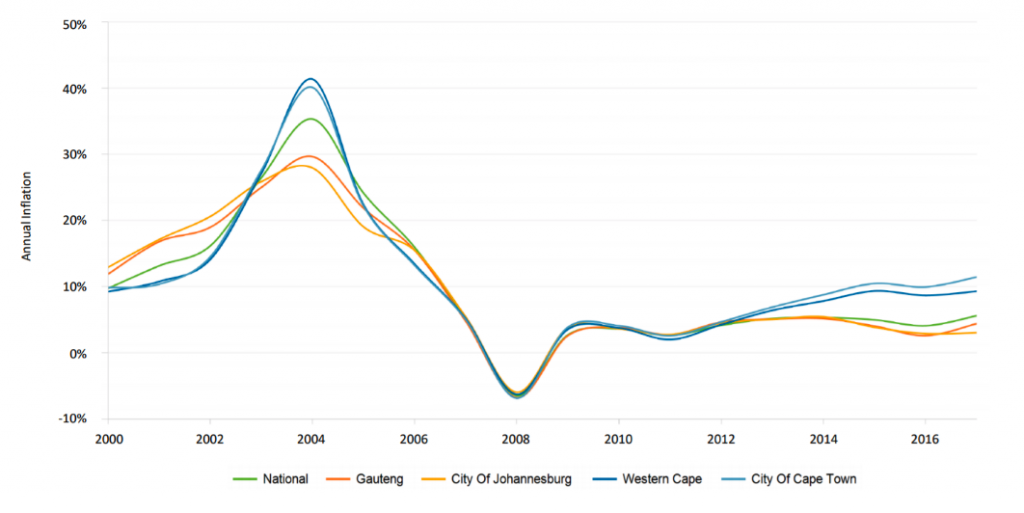 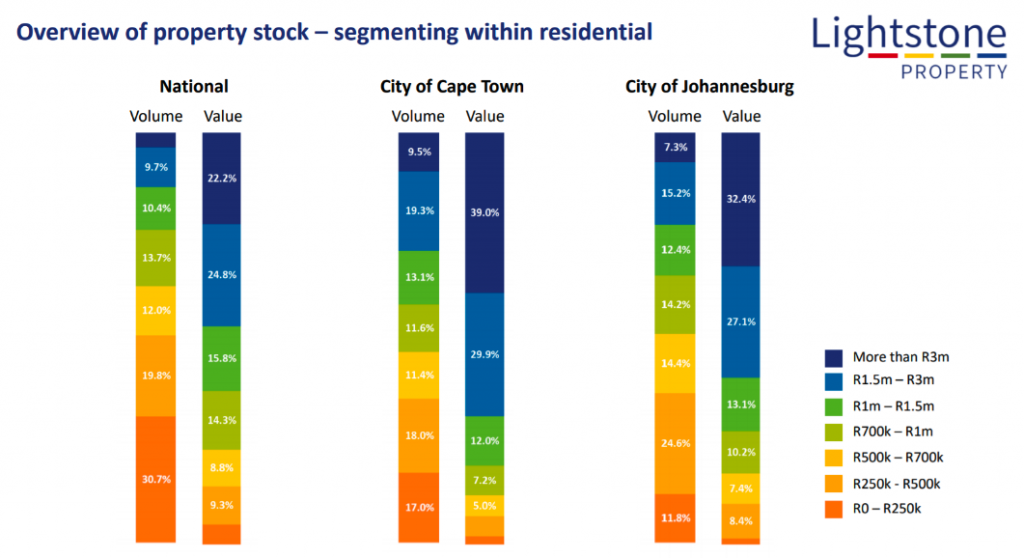 “With most property prices on the rise, first time buyers are looking at more affordable options in lower cost suburbs like Pelikan Park, Kayelitsha and Parklands,” Lightstone said.

Even though the forecast for the Cape Town property market remains stable for 2018, this could be subject to changes dependant on government’s planned land expropriation without compensation strategy, the group said.

“In the interim, the appetite for foreign investments in the Cape Town property market will provide the required strength within the industry; and the demand for secure estate living will continue where both freehold and sectional title should enjoy much needed growth.”